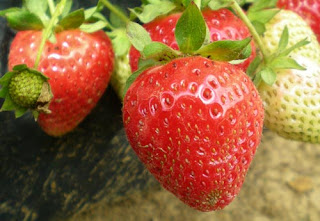 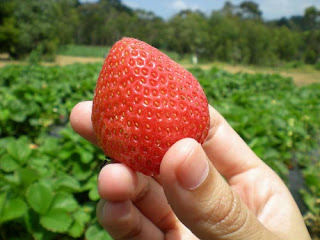 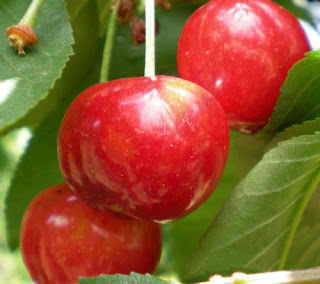 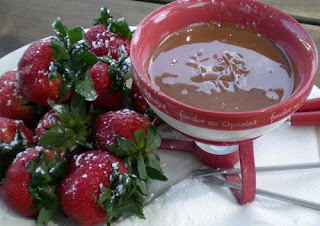 Life out of the fast lane

Friday, last week, my Netcomm ADSL2+ modem died on duty. After an investigation, the cause of death was the adapter which had been grilled during the hot day (around 32 degree Celsius, I think). There also were some traces of melting on the adapter. Anyway, the modem is still working. I knew because I tried plugging in another adapter from another modem and the green LED light on it appeared but couldn't connect because of its under voltage and current.

This problem should be easily solved by just finding a replacement adapter. However, the one that was used was 15V, 1.33A which is not a very standard output. I tried to find it in almost electronic stores that I recognised but had no luck. Most of them are 12V or 15V, 1.5A and $40+ in price. After consulting my friend, his friend who is an engineer said that the one that should be used must have an exact voltage with equal or greater current. That means you can use an adapter that has 15V and 1.33+A (1.5 or 1.6A is OK). Alright, that makes things much easier and we decided to buy a new adapter, even though it will cost us $40+.

Monday, I called Netcomm Tech Support in the morning. It took me around 20 minutes waiting time to get to the Tech guy. Although it seemed quite a long time, Netcomm call centre made me feel better than other support lines that I've ever contacted. It informed me which queue I got now and moved up. This made me feel waiting was ending soon and I'd like all call centres or tech support lines to be like this. Okay, after speaking to a Tech guy, he gathered some of my information, modem's model and S/N and my name and address, for instances, and tell me that the adapter will be sent to me within 2 days (free of charge, of course). Wow, the adapter had been sent and I received it yesterday. Back online again!

I was very impressed with Netcomm service. Its tech support line has got customers in mind. They know that customers don't want to wait long and that they need to know when they will be served. Queuing system is a clever move and it relieves customers' frustration. Additionally, I can get a replacement adapter for free from Netcomm even though it is stated in the warranty terms and conditions that power supply is not included in the warranty. This saved us $40 for the adapter.

I would recommend anyone I know who want to buy network stuffs (in Australia) to buy Netcomm as its quality and service are very impressive. Thank you ... Netcomm.
Posted by DrRider at 1:06 pm 1 comments 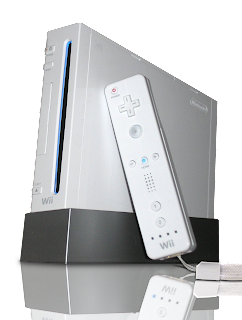 Apple! What are you thinking?

I have an iPod (5G, the first revision of iPod Video) and it's worked well on my box under both Windows and Linux. However, recently, Apple has introduced a new line of iPod including iPod Classic with a massive storage (160 GB for a portable media player, are you crazy?), new looks and a new slick UI. I have to admit that I don't like the new aluminium appearance, even though the new UI looks great. Yet, I would like to own one of new iPod Classic, attracted by its huge storage, up until half an hour ago, though.

The reason is that Apple tries to keep things monopolised. They've encrypted the firmwares since the 2G nano and now all new iPods' firmwares are encrypted. This makes installation of alternative firmwares, such as Rockbox and iPodLinux, impossible since they need to modify the 'encrypted' firmware in order to install the bootloader. While Apple's firmwares may be good ones, but they may not provide all solutions. For example, they do not support such free file format as ogg which offers smaller file size and better quality, so these alternative (and opensource) firmwares are the answers. Additionally, hacking iPod to make it display Thai character is also affected (and Apple is not interested in making iPod to display Thai). OK, it is fair enough to keep such thing like firmware as a proprietary stuff. But, at least, if somebody want to use your hardware but are sick of your feature-less firmware, please let others do the job.

Furthermore, the new iPod firmwares come with encrypted iTunesDB. This means no applications can read iPod's library but iTunes (but not for long). OK, I somewhat like iTunes, even though it's sometimes cranky and not so smart. However Amarok is my app of choice to manage iPod. Apple slams the door to us, Linux users who are their current and may be future customers. This is an outrage! Fortunately, someone has cracked the hash and already implemented it to libgpod (svn version). If you are using Ubuntu family, you may find the unofficial Ubuntu .deb from this blog. Thanks to the opensource world. Windows users who hate iTunes but own iPods may need to wait, anyway.

Apple's attitude to this is quite extreme and will keep some of their customers away, including geek and many Thai people. I've made up my mind. If my iPod comes to its last day, my new media player will be Creative, iRiver, SanDisk, etc... but, sorry, Apple, not iPod anymore!
Posted by DrRider at 5:19 pm 6 comments

This is my second attempt on AMC Clinical Assessment and I still am an unsuccessful candidate. Oh! man, life is not worth living (just kidding :P). Okay, let's prepare harder for the next time. I'll be depressed for a week and then I'll start over again.

77%How Addicted to Blogging Are You?

There's not much time to the release date of KDE4, according to the release schedule. However, it seems that Thai translation of KDE4 has faced some issues. First of all, the KDE i18n team has moved the core KDE translations and templates from trunk/l10n to trunk/l10n-kde4. (FYI: trunk is the developing branch of KDE.) The translations that have been left in the trunk/l10n is something newer and may not be included to KDE4 (extragear packages). And that many translators from many languages have moved their own translation to trunk/l10n-kde4 already.

The second issue is that string entries in trunk/l10n-kde4 translation files are not the 'exact' entries in that of trunk/l10n and the format of po files is a little bit different. This means, in the worst case, Thai team may have to start over for KDE4 translation. What!! Oh, not so fast. It's not that bad. After asking many people in the kde-i18n-doc mailing list, they said that the translations in trunk/l10n can be ported to both kde4 and kde3.5.x with less efforts using 'msgmerge' and converting script from svn. I tried it and it worked great. Phew... that was close.

At the moment, I'm backporting the trunk/l10n to stable branch and have fulfilled the requirements to include Thai with KDE 3.5.7 (if it is released). Furthermore, I take this chance to review many translations that I (and K. Donga, ...) did and found that there were so many flaws in the translation -_-'. Some were translated incorrectly, some were right in the word meaning, but in wrong context. Some were translated diffusely and many more.

If somebody says that [interface, documentation, you name it] translation is a piece of cake, you can be sure that he or she's never done this before.

Elephants Dream is the world's first animation created with Opensource graphic tools, from people at the Orange Open Movie Project studio. It was released last year as well as all production files and behind-the-scene movies under Creative Commons. However, I haven't watched it up until now. I think it has a quite abstract story line and cannot be easily understandable.

After watched it, I decided to make a subtitle for this movie. I can understand what the characters say but in not exact words. I tried to find the English full final script which was on Blender.org server. Unfortunately, it's not there anymore. Anyway, I'm lucky enough to find it on Google cache server and then I can release my Thai subtitle using Ksubtile on my Kubuntu box.

The translation was not difficult as it's just plain English. However, to sync subtitle to movie was a pain. For 10+ minutes movie, I had to use more than 5 hours to sync the subtitle - -' (My first time, though. It may improve as I have more experience.)

Anyway, you can download subtitle file here (Please save target as...). Many thanks to Khun wd for hosting my files :) (Sorry for bothering you so much).

To use subtitle with VLC:

Alright, 2.0.0.2 is out now with security bug fixes. There's nothing much to say. If you still need the version that do Thai word breaking with ICU, see here. :)
Posted by DrRider at 1:01 am 1 comments

When I went back to Thailand last year, I had a chance to go shopping at Pantip Plaza. The first reason is that I had to find additional memory for Boss' Fujitsu laptop. It first came with only 512MB DDR2 533 and was not enough for her to manage things. To upgrade, we decided to buy 2 of 1GB DDR2 533 SO-DIMMs and everything works just fine.

The second reason is that my NEC laptop (almost 3 yo) component was broken, the Toshiba's DVD-RW drive. It began to get sick 3-4 months ago. First, it couldn't read and burn DVD-R, followed by DVD and CD-R. Of course, I needed a replacement and decided to replace it with DVD+/-RW (DL) drive. It's very hard to find such component (an internal laptop optical drive) in Australia. Fortunately, it's not that hard to find this in Thailand (and cheaper).

After came back, I replaced the old DVD drive with the new one. At first boot, BIOS did not recognise it!!! but it worked properly in Windows XP. It could read and burn all medias I gave to it (except DVD-RAM, Blu-Ray and HD-DVD, of course). Besides, Windows recognised it as a secondary IDE slave!!!. I didn't realise the problem until I decided to replace the harddisk. After finishing harddisk installation, I had to reinstall OSes and my box couldn't boot from CD.... ??? What the heck!!?? BIOS did not know the existing of the DVD drive. I rectified the problem by reinstalled the old DVD drive (lucky enough, it still can read CD) and install Windows XP.

After googling around, I found that the drive came with slave location as default and that prevented auto detection from BIOS, meaning that this drive, as slave, can't be used to boot my laptop. The problem is the drive is jumper free so I couldn't set it to be master to use it to boot the box. Luckily, after some more google, I found that Lite-on corp. released a software that can alter the status of the slimtype jumper-free drive and downloaded it from here. I used it to change the location from slave to master and rebooted. Voila! the drive turned to master and BIOS has recognised it. Finally, I could boot with CD and installed Kubuntu Edgy Eft to the new hard drive.


For now, all components and everything run just fine... ^_^
Posted by DrRider at 9:59 pm 0 comments

One month is very fast. I will go back to Melbourne tomorrow... Ahh... Goodbye Bangkok. See ya next year ;)
Posted by DrRider at 1:45 am 2 comments

Blog tag is a way of blogging used to tell a story of yourself (in 5 topics, I guess). After that, tag your blog with your 5 friend's names to make them do the same thing.